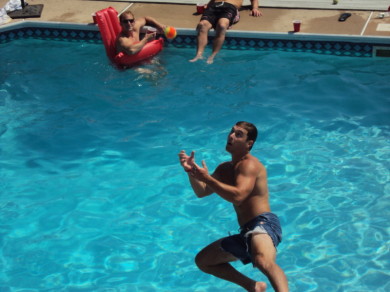 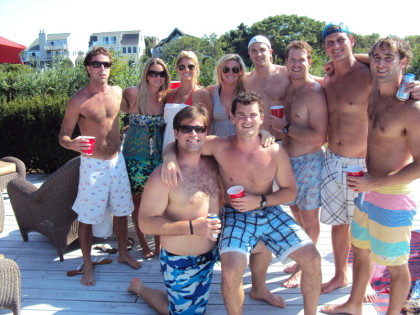 ABOUT THE GAME and RULES

Stair Baseball started
in the 1950’s as a pick me up neighborhood baseball game played on the stairs
of residential dwellings. The game is played with a minimum of two players and
offers exciting baseball fun for the entire family. The rules are based loosely
similar to baseball and the object of the game is to score the most amounts of
runs in a 5 to 9 inning game. Every street corner around North
America has their own special rules and twist of the game that
will vary from each different neighborhood and playing field.

One team or
player are the batters and the other
team and player are fielders. The
batter stands immediately in front of the stairs while the fielders stand
behind the batters approximately 15-20 feet away on a walkway, front yard,
street, or even a decking of a pool. There are no set field dimensions or
locations it’s whatever the neighborhood sets up. No different than Yankee
Stadium , Fenway Park , or Camden Yards, they are all
different. The homerun fences or
lines are normally set about 35-40 feet away depending on your neighborhood
dwelling and situation. The foul poles or lines are set by the players prior to
the game and they vary like the other dimensions. Once the field is set you are
ready to play ball. Simple and easy, no
fuss, and no muss, just pure baseball fun.

Getting Started “Batter Up”

The game starts with
the batter throwing a tennis ball into the stairs with the objective of hitting
the point of the step. When the point of the step is hit the ball will be
propelled in the air as far as possible over the heads of the fielders or will
be a line drive or hard ground ball making it harder to field and a possible
base hit. The ultimate goal is to become consistent at hitting the point of the
step and creating a lot of offensive opportunities. When the point of the step
is not hit the ball is not propelled as hard and makes for an easy out. After 3
outs are registered by the batters, the batters and hitters rotate positions
just as in a normal baseball game. Games can range from as little as 5 innings
or can go as long as a 9 inning game. As we all know the team or player at the
end of the game with the most runs wins.

Rules of the Game

Strike: This occurs, very rarely, when the batter throws the ball and it hits
the ground before it hits the step. Two strikes are an out.

Foul Ball: When the ball hits the roof or any part of the house before it enters
the playing field. It is also a foul ball when the ball is not hit into the
playing field and goes into a side yard or is outside of your foul lines. A
foul ball also occurs when the ball falls in front of the batter and is not
caught. The National Stair Baseball Association plays 2 fouls is an out.

Double: The ball bounces on the ground over the head of the first fielder who
is normally 15-20 feet away and travels to a point in the out field where the
players have designated to be the double range.

Triple: The ball hits the ground over the heads of the fielders at a point that
is designated by the players to mark a triple before the start of the game.

Homerun: The ball is hit over the heads of all the fielders all the way across
the street, the yard, or whatever marker was made to designate a homerun prior
to the start of the game.

Players have setup
markers for Grand Slams and other offensive runs. This is what makes Stair Baseball so much fun.

Our complete Stair Baseball Training Summer schedule can be obtained by contacting us.

The Stair Baseball Committe is already making plans for the 2016 National Championship which will be held again at Sabo Stadium next Summer. Save the Date will be coming soon. July 2016 !

We are happy to introduce ourselves to you now on the Internet!